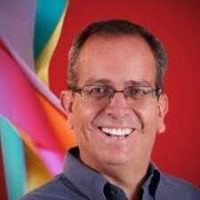 He was born in Quito on July 21, 1948. He studied in the Federal Republic of Germany (FRG). From 1977 to 1979 he studied Economics with a specialization in Energy Economics and from 1974 to 1976, Economic Geography at the University of Cologne. He also studied Industrial Economics and Business Administration with specializations in Marketing and Foreign Trade at the Cologne University for Higher Studies (Fachhochschule Köln), from 1971 to 1974. Between 1970 and 1974 he studied German and Economics, and courses and seminars of Philosophy and Political Science at the University of Bonn (RFA). In 1974 he obtained the academic titles of Diplom-Betriebswirt (Industrial-Business Economist) and in 1979 of Diplom-Volkwirt (Economist). https://www.albertoacosta.ec/biografia/