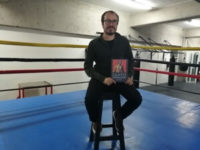 Phd in Human Sciences. Member of the National System of Researchers, Level 1. He coordinates the Network of Film Researchers (REDIC, its acronym in Spanish). He works as a research professor at the University of Guadalajara. He is part of the Selection Committee for the International Film Festival in Guadalajara (FICG, its acronym in Spanish). He has coordinated monographs and written several articles and chapters on cinematography, as well as the book Crime and Suspense in Mexican Cinema (1946–1955).