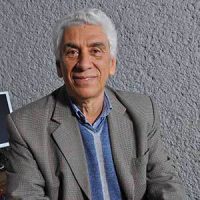 (Monterrey, 1947) Writer, critic, biographer and since 1977, professor and researcher at the Universidad Autónoma Metropolitana, Xochimilco. He was a intern of the Sistema Nacional de Creadores de Arte, Conaculta (today, Secretaría de Cultura) from 1995 to 2001. Currently belongs to the Sistema Nacional de Investigadores, level II. His latest published titles are La esfera de las rutas. El viaje poético de Pellicer (2014), Revueltas en la hoguera (2014) and Fiction and reality. The challenges of the contemporary novel (2017), of which he was coordinator. He received the Premio Nacional Malinalli 2014 given by the Universidad Juárez Autónoma de Tabasco. He has participated in several international lectures of Latin American literature organizad in some universities in México and the world.