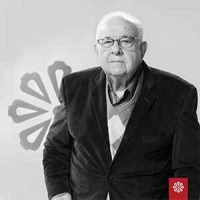 Degree in Chemistry (1963) from the Pontifical Catholic University of Paraná (PUC-PR), Brazil, and in Philosophy (1969) from the Université Catholique de Louvain (UCL), Belgium. Master’s degree in Epistemology (1970), PhD in Ethics (1973) and Postdoctoral degree in Deontic and Juridical Logic (1985), all three from ULC. He has experience in the area of Philosophy with emphasis on Logic, working mainly in the following themes: Ethics, Neo-positivism and Analytic Philosophy. He is currently a professor at the International University Center (Uninter), in the city of Curitiba, Paraná, Brazil.