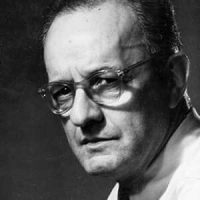 Born in Gualeguay, Entre Ríos, in 1900. Essayist, poet, storyteller and journalist; he devoted himself to the study of popular languages and the cultures in which they develop comprehensively and extensively, in particular the language of mate and lunfardo. In this sense, he is a pioneer in cultural, philological and anthropological studies in Argentina. In addition to five books devoted to the mate, he published a long essay on the Martín Fierro Crítica y pico, on Garibaldi in Entre Ríos, about the presence of the ombú tree in the civilizing process, several books of poems and fiction; also being an excellent chronicler. All his work was gathered by the publishing house of the National University of Entre Ríos (EDUNER) in 2010, almost three thousand pages in three volumes. Died in Buenos Aires on August 5, 1969.