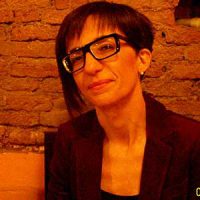 The author teaches Literary Theory I and Didactics of the Language and Literature in the School of Humanities and Sciences of The National University of the Littoral. In this institution she’s also in charge of the Humanities PhD program, the Master’s degree of Specific Didactics, the theoretical-literary research center and its digital magazine: “El taco en la brea”. She is a researcher at the National Council of Scientific and Technical Research. Among her publications are: No gods or bugs. Teachers of literature, curriculum and market (2006), Derrida and the construction of a new critical canon for literary works (2007), Language and literature in secondary school (2011), The institutionalization of letters in the Argentine University (1945-2010). Notes "in draft" from a first survey (2014).