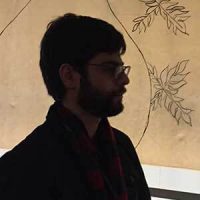 PhD in Literature at the Federal University of Santa Catarina (UFSC) and professor of the Postgraduate Program in Education at the University of the Extreme South of Santa Catarina (UNESC). In addition to his studies on T. Eliot, he recently wrote the books: The Place of Literary Theory (Edufsc, Ediunesc, 2016) and What Does Teaching Literature Mean? (Edufsc, Ediunesc, 2017). As a translator, he translated into Portuguese authors such as James Joyce, Linda Hutcheon, and Judith Butler, among others.