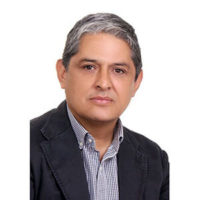 The Aguascalientes (Mexico) native is a research professor on the History Department on the local Autonomous University. He holds a BA on Psychology and a Master’s on Regional Studies from the Instituto de Investigaciones Dr. José María Luis Mora in Mexico City. Dr. Reyes got his Ph.D. degree on Social Sciences with emphasis on Social Anthropology. He is part of the Latinamerican – European Historians Association (ALACIP in Spanish). He has written several books and essays on democracy, middle classes, and urban history. He is a member of the Mexican Researchers System (SNI in Spanish) since 1991. He has served as public officer as well presiding both the Aguascalientes office of the National Institute of Anthropology and History (INAH in Spanish) and the Aguascalientes City Cultural Institute.