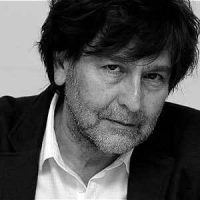 Philosopher and Semiologist known for his work, "Urban Imaginaries" developed in several cities in Latin America and Spain. PhD and a postdoctoral degree in Comparative Literature at the University of California, under the direction of Jacques Derrida. He studied Philosophy, Semiotics and Psychoanalysis in Italy (Sapienza di Roma), France (École des Hautes Études en Sciences Sociales, Paris) and Spain (Complutense University of Madrid). Professor at several universities as Barcelona, Andalucía, Autónoma de México, California and Buenos Aires. Author of more than 25 books as: Imaginarios Urbanos and Álbum de Familia, which he received the academic recognition of best thesis from California, USA. Throughout his research career he has received awards from several universities and institutions such as UNESCO, FLACSO and Documenta in Germany. He is a research professor and director of the PhD in Social Sciences of the Universidad Externado de Colombia and emeritus professor of the National University.