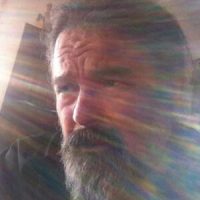 Narrator, poet and essayist. In 1975 he went into exile in Paris, France, where he held the most diverse trades and obtained a Doctorate in Political Philosophy from the University of Paris-Sorbonne. He returned to Chile in July 1991. He was a columnist for various newspapers and magazines. He is currently Professor of Philosophy of Law and Ethics at the Universidad Central Sede La Serena, and of Latin American Literature and Thought at the University of La Serena. He has published Procreations (stories, Editorial Nascimento, Chile 1979), Poetic Finis (poems, La Parole Gelate, Rome, Italy, 1987), Chronicle of the Wolf Child (novel, LOM Editions, Chile 1999), Transylvanic Divertiments (stories, Bravo and Allende Editores, Chile 2001; French edition in Le Visage Vert, France 2012 and 2013), Wild Matters (codes, displacements, reverberations) (essay, Bravo and Allende Editores, Chile 2002; second edition corrected and augmented in Satori Editions, Chile / USA 2016), (Des) Exiles (incomplete poetry) (poems, Ediciones Volantines, La Serena Chile 2018), among others. Several of his books and texts have been translated into different languages (such as French, English, Romanian and German) and he has won some awards, among which that of the Best Literary Works 1998 awarded by the National Book Council and the Reading of Chile for his poems Omne Novum Subsole (the water of paradise) (LOM Ediciones, Chile 2002) and the 2000 Critics Award granted by the Circle of Critics of Valparaíso for his poems La Vera Historia (Guardian Memory Editions , Chile 2000). His essay Ideology of the Conquest in Latin America (between the axolotl and the platypus) was distinguished in the Jovellanos International Essay Prize 2001 of Spain, was published by Ediciones Nobel (Spain, May 2001).