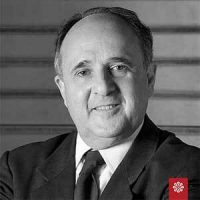 PhD in Economics (1973) from the Sorbonne University, Paris, France. He worked at the Inter-American Development Bank (IDB) from 1973 to 1979. He was also president of the University of Brasília (UNB) from 1985 to 1989; governor of the Federal District of Brazil from 1995 to 1998; and Minister of Education in 2003 and is a senator since 2003. Throughout his career, he has published dozens of books some of them internationally by renowned publishing houses, accumulating more than 1.500 published articles. He is worldly known for his numerous lectures, both in Brazil and abroad in which he defends a critical approach to economic theory and proposes an alternative perspective for the processes involved in the development of our civilization. He is part of the Unesco Institute for Lifelong Learning (UIL) in Hamburg, Germany; of the Consulting Board of the United Nations Development Programme (UNDP), in New York, United States; and of the Board of Directors of the United Nations University, in Tokyo, Japan. He is also a member of the Royal Academy of Sciences, Letters and Fine Arts of Belgium and of the Parliamentarians without Borders, winner of the Nobel Peace Prize of 2014.