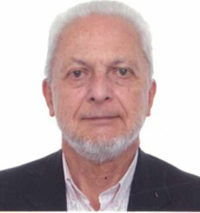 Doctor in Latin American Studies from the University of Paris III Sorbona Nueva, Master in International Relations from the Javeriana University, Specialist in Economic Development from IRFED (Paris) and Economist from the University of Medellín. He is currently director of the Center for Global Thought (CEPEG) at the Cooperative University of Colombia and coordinator of the Reflection Group on Integration and Development in Latin America and Europe (GRIDALE). He was a professor at the College of Higher Studies in Administration and director of the Specialization in the International System at the Javeriana University. Author of five books; the most recent are The current challenges of the globalization process (2016); Globalization in a changing world (2012) and The formation of regional spaces in the integration of Latin America; (2008). He has also written book chapters and is editor of eight books on Colombia’s FTA with the United States, Canada and South Korea; about China; on the Pacific Alliance; on energy, and on physical infrastructure.