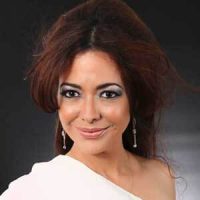 Researcher and professor at the Philosophy Department of the University of Panama; PhD in Systematic Philosophy at Karlová Univerzita, Prague. Professor of Creative Thought Study and Aesthetic Theory in master’s and postgraduate programs at the Faculty of Fine Arts. Her incursion into poetry is made when, even as a student, she was part of the select anthology of new Panamanian poets (INAC, Editorial Mariano Arosemena, 1999). She has participated in painting collectives. In the Czech Republic she held solo exhibitions in Prague (2000) and collective exhibitions in Mladá Boleslav (1999). She obtained honorable mentions in the Municipal Contest of Poetry "León A. Soto" (2002) with her works: Noemas, the University Contest of Poetry "Demetrio Herrera Sevillano" (1997), Modeus vivendi, and in Cuento "Darío Herrera" ( 1996), and El grito y el silencio. In 2014 she won the National Poetry Prize "Ricardo Miró" with the play La nieve sobre la arena. She is one of the selected poets that conform the Panamanian Poetry Anthology, Spanish-Russian bilingual edition and Poesía de Panamá (University of Panama, 2015). In 2015 she won the National Short Story Award "José María Sánchez" with her work, Black holes.