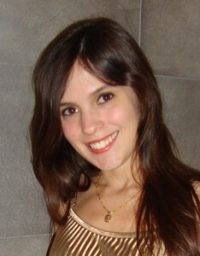 Lawyer from UNLPam and also an MA in Civil Law student, at the College of Economics and Law, UNLPam. She is an assistant teacher in the courses Fundamentals of Private Law and Theory of Legal Acts; in accordance with the Teaching and Training Program for students and recent graduates of the Law Program at the College of Economics and Law, UNLPam, she is also part of the chair of Civil and Commercial Procedural Law. She is a research grant holder and member of the project: “Los Derechos Económicos, Sociales y Culturales en colectivos específicos y su influencia en la Provincia de La Pampa” (1994-2014)”-FCEyJ-UNLPam 2016-2019- (“Economic, Social and Cultural Rights in specific collectives and their influence in the province of La Pampa 1994-2014”). She is also a member of the extension project “Conocer los Derechos de la Niñez” -FCEyJ-UNLPam 2015-2017- (Knowing Childhood Rights). She is a member of the Children's Commission of the Human Rights Observatory (FCEyJ – UNLPam). She is a court reporter at Court of First Instance No. Two, the Judiciary, province of La Pampa. She is the author of several academic papers.