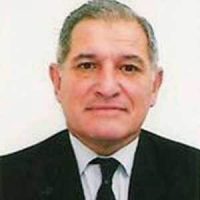 General of Division of the Argentine Army. He was Chief of the RI 2 Parac, Deputy Chief of Operations of the Argentinian Army General Staff, Chief III Operations of the Union Chiefs of Staff of the Armed Forces and Commander of the 5th Army Corps in Bahía Blanca. He served in the United Nations Organization for the Supervision of the Truce in the Middle East (UNTSO), in the Balkans as 2nd Commander in the West Sector of the United Nations Protection Force (UNPROFOR) in Western Slovenia, and as Commander of the Peacekeeping Force in Cyprus (UNFICYP).