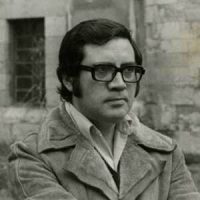 In his triple dimension of creator, intellectual and teacher, Fidel Sepulveda Llanos left an indelible mark. He was a poet, a fruitful researcher and an admired teacher by several generations of students, privileged witnesses of his inspired and inspiring lessons. On these three slopes he went out to meet the national soul, which he managed to unravel by diving into the pristine well of traditional culture. In oral literature, in traditional festivals, in handicrafts and in popular religiosity manifestations, he found the germ of our identity, whose keys he embodied in an abundant literary production that earned him the recognition of his peers and the designation as a member of Número de la Academia Chilena de la Lengua in 1998, among other distinctions.