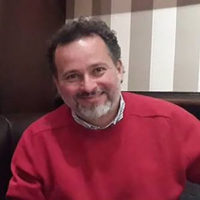 Graduated in Tourism Administration from the Autonomous University of Aguascalientes, he completed a Master’s Degree in Ecotourism and Management of Natural Areas at the Equinoctial Technological University in Quito, as a fellow of the OAS. He is a Doctor in Tourism from the Antonio de Nebrija University of Madrid, and was recognized in 2013 as a member of the SNI of CONACYT. He has served as a research professor in the Department of Tourism at the Autonomous University of Aguascalientes since 2001, currently being the leader of the Academic Body “Socioeconomic Analysis and Tourism Management”. He is a member of the Mexican Academy of Tourism Research (AMIT) and the Spanish Association of Scientific Experts in Tourism (AECIT) and has collaborated as a invited professor at higher education institutions in Mexico, Spain, Venezuela and Ecuador.