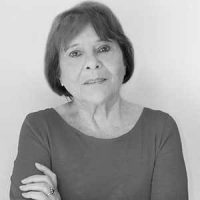 PhD and Graduate in Anthropology from the University of Buenos Aires; head researcher of the National Council of Scientific Research and Professor of the University of Buenos Aires. Between 1966 and 1996 she was researcher in charge of the Ethnographic Music Section, head of the Scientific-Technical Division and Director of the National Institute of Musicology "Carlos Vega", position from which she organized the Argentine Conference of Musicology, the first scientific meeting of such discipline in the country (1984). Founding member of the Argentine Musicology Association, where she was vice president (1985-1988) and president (1988-1994 / 1999-2002). Between 1989 and 2002 she was director in Argentina of the Spanish and Hispano-American Music Dictionary (Madrid 1999-2002, 10 volumes). From 1989 to the present, she has lead research teams funded by UBA or CONICET. Since 1977 she has published chapters of books and articles in scientific journals of the country and abroad, 14 lexical entries in international dictionaries (Grove and DMEH) and books of shared authorship.