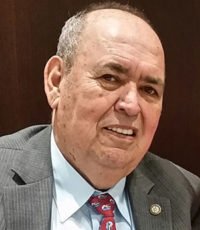 J. Enrique Ríos began his journalist career in El Correo (The Mail) when he was a bike messenger and a cyclist. Journalism schools have not yet appeared in Colombia, neither Communications faculties. He is an outstanding empirical journalist. He began writing about cycling, a sport that promoted a whole new generation and in which some figures excelled such as Martín Cochise Rodríguez and Javier Suárez. He was manager of the Vea deportes journal, from which he led effective campaigns against doping and fake professionalism and amateurism in sport. He was a correspondent in the EFE Agency, a radio events coordinator in RCN Bogotá and a director in Barranquilla. In May of 1975, he established Antioquenian Economic News; first radio program specialized in the topic. Since 1982 he started to cover the annual meetings of the IMF, the World Bank and the IDB, among other major international contests around the globe. In 1988 he won the George Canning Scholarship, awarded by the United Kingdom government. He made important internships in the BBC Radio and the Financial Times. He won the Simon Bolivar National Price for Journalism three times and is the author of other three books: Vida Conquistada (Conquered life), El kínder de los cacaos (The kinder of the Cocoas) and la Lupa de jota (periodismo de Opinión) (The magnifying glass of Jota [opinion journalism]).