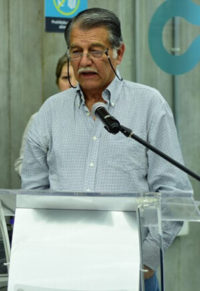 Doctor in Economic Sciences and in Legal Sciences, and master in Development Sociology. He has been a professor and researcher for 30 years – at universities in Colombia, the United Kingdom, France, Spain, Canada, the United States and Mexico – on the subject of the political, diplomatic and economic history of the American Continent (18th and 19th centuries). He has been a member of the scientific team of several international events on Francisco de Miranda and Alejandro de Humboldt. He is the author of eight books and more than one hundred articles published in European and Latin American magazines. Science and international reintegration: the ‘scientific expeditions’ of 1822, a case of Veho Historia and ¿La Veho Historia —Vectorial History—, a new historical-scientific preparadigm? are his two most recent works. He is currently the promoter of the BicentenarioBis Hispanoamericano project.