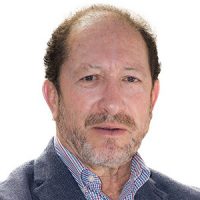 Contemporary History from the University of Santiago de Compostela; Doctor in History from the Pontifica Univ ersidad Católica del Ecuador (PUCE); and Bachelor of Political and Social Sciences (PUCE). He has been worked as Professor and Researcher of the PUCE, in the Faculty of Economics, and has being in charge of the Economic History of Latin America and Ecuador cathedra; keeping under its coordination the "Workshop on Economic History", whose activities and publications have been disseminated through the site: http://puce.the.pazymino.com
He is a Member of Number of the National Academy of History and was vice president of the Association of Latin American and Caribbean Historians (ADHILAC), an entity of which he is Academic Director in Ecuador.
In addition, between 2008 and 2011 he served as secretary of the Bicentennial Executive-Presidential Committee; and between 2011 and 2014 as Chronicler of the City of Quito, being in charge of the Metropolitan Archive of History.
He also served as Director of Culture of the Provincial Government of Pichincha (2005).
From 2017 to September 2019 he is Dean of the Faculty of Communication, Arts and Humanities of the Equinoctial Technological University (UTE).
For his academic activities he has participated as a guest professor, speaker and researcher in multiple activities related to the field of history, both in Ecuador and in universities in Latin America, Europe and North America. Internationally, he is considered one of the central mentors and specialist in Immediate History.