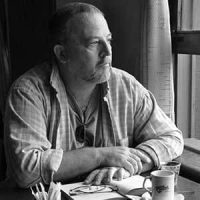 Author of fantastic narrative, and his novels have been published in Argentina and Spain. In 2015 the Spanish Association of Science-Fiction Publishers chose his story “Por qué se perdió Bahía Blanca” (Why was Bahía Blanca Lost) to be included in an anthology of the best science-fiction contents written in Spanish. He contributed with magazines and websites specialized in the fantastic genre as well as in the University of La Plata as lecturer.