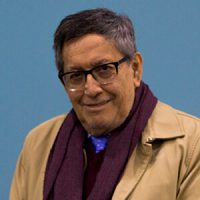 Accomplished scholar, poet, playwright, and novelist with 15 books, as well as several critical editions to his credit. After six years of teaching at the University of Texas at Austin and two years as professor and chairperson at Brandeis University, Ortega joined Brown’s Department of Hispanic Studies in 1989. He has published the poetry book De este reino (1964) and several volumes of critique and essay, including La contemplación y la fiesta (1968) and Figuración de la persona (1973). He has received the Guggenheim Fellowship and, on three occasions, the National Endowment for the Humanities Fellowship. His books have been published in Peru, Chile, Spain, Venezuela, Puerto Rico and Argentina, and have been translated into several languages. He has been distinguished with doctoral honorary degrees by universities in Peru and Nicaragua. He has been awarded for his work by the governments of Peru and Mexico.