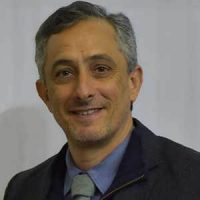 Lawyer and a Journalist. He has worked as a university reporter, responsible for the Education section and as General Secretary of the Editorial Department of El Día newspaper in La Plata, Argentina. He currently writes for La Nación newspaper. He directs the career of Journalism at the Catholic University of La Plata, where he is also in charge of the subject Introduction to Journalism. He is a member of the Board of Directors at the Circle of Journalists of the Province of Buenos Aires. In 2016, he was a finalist of the FOPEA prize in the Written Press category with for a work on the problem of adolescent suicide in vulnerable neighbourhoods in the city of La Plata.