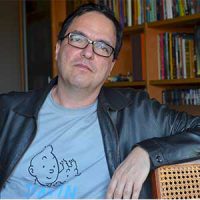 Full-time Professor at the Institute of Political Science of the University of Brasilia, where he coordinates the Research Group on Democracy and Inequalities (Demodê). He published by Editora Unesp Convex kaleidoscope: women, politics and media (coauthored with Flávia Biroli, 2011), Democracy and representation (2014) – awarded by Anpocs for Best Scientific Work in 2015 – and Inequalities and Democracy (as organizer, 2015).