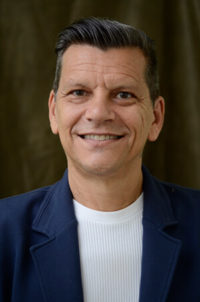 Graduate in Mathematics from the University of Costa Rica, with a Masters in Education from the American University. He began his work as professor at the University of Costa Rica in 1987 and is currently Professor at the State Distance University and the Costa Rica Institute of Technology. Author of two books published by the Editorial Universidad Estatal a Distancia, two by Editorial Universidad de Costa Rica and two by the Editorial Tecnológica de Costa Rica. It has more than 40 publications in the field of mathematics and its applications. Participant and lecturer in more than 70 academic events at national and international level. He is an associate member of the Latin American Committee for Educational Mathematics since 2006. Awarded with the Jorge Volio Award 2007 in the area of Philosophy and the Jorge Volio Award 2008 in the area of Exact Sciences, honorific mention for his work Theory of Numbers.