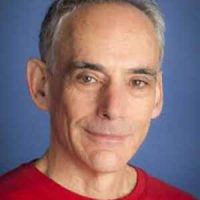 PhD in Anthropology from Columbia University (New York) in 1985. Between 1985 and 1987 he was Research Director of the North American Congress on Latin America (NACLA). From 1987 to 1994 he worked in the Department of Anthropology at Yale University and since 1994 is a professor at Hunter College and the Doctoral Program in Anthropology, both from the City University of New York (CUNY). He has also been a visiting professor and researcher at the universities of Fordham, Princeton, Columbia, Illinois, Wageningen (The Netherlands), Tashkent (Uzbekistan), Costa Rica, Cauca (Colombia), Ambedkar University Delhi (India) and the Instituto de Altos Estudios Nacionales (Ecuador). Edelman has conducted research in Mexico, Cuba, Costa Rica, Nicaragua, Honduras, Ecuador, the Soviet Union, United States, Canada, Indonesia, and several European countries. Author of several books and articles in Latin American, European and North American magazines on agrarian and development problems.