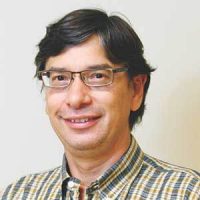 Researcher at the Centro de Estudos Sindicais e de Economia do Trabalho (Cesit) and full-time professor at the Instituto de Economia (IE) at the Universidade Estadual de Campinas (Unicamp), São Paulo. He has worked as a researcher in Italian, French and English universities. He was president of the Instituto de Pesquisa Econômica Aplicada and Secretary of Development, Labor and Solidarity for the São Paulo Town Hall. He has also worked as consultant in national and international institutions. He has published over 50 books in areas of public policies, economics and society. In 2016 his book “Brasil sem industrialização: a herança renunciada” was published by the UEPG publisher.