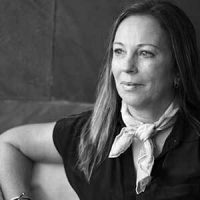 Born in Buenos Aires, Argentina (1959). Lawyer by profession and businesswoman in the tourism sector, she has resided in the Caribbean since 1992. She graduated from the Diploma in Literary Creation of the Technological University of Panama in 2014. She is a naturalized Panamanian and has participated in advanced story workshops with the writer Enrique Jaramillo Levi. Appears with two stories along with other 14 writers in the collective book: From a time to this part (Forum / Sagittarius workshop Ediciones, 2016) and published stories in the literary magazine Maga. In 2016 he won the "Diploma in Literary Creation" prize with his story book Lives of others.