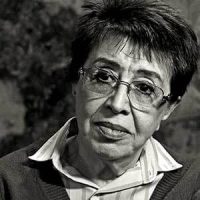 Studied at the University of Buenos Aires (UBA). She has a degree in Literature, writer, dramatist and translator in French, Italian and Portuguese. She wrote more than 45 books, has fourteen plays premiered and she has been a judge at the Latin Emmy Awards. In the sixties she was a student of the writer Jorge Luis Borges (1899-1986), who invited her many times to his podium of Literature at the University of Buenos Aires.