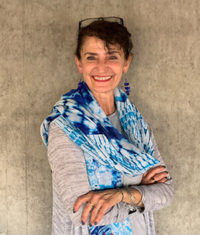 With a Ph.D. in linguistics from the University of Oregon, and a prior training in Anthropology and Ethnolinguistics, Dr. Haboud has dedicated her career to the study of indigenous languages in Ecuador, the effects of language contact and the relationship between national policies, bilingual education and linguistic vitality.
Her initial work with UNESCO and UNICEF on the analysis of language endangerment in Ecuador and the Andes led her to work on community-based projects and to analyze the sociolinguistic situation of the 13 indigenous languages spoken in Ecuador. Framed within collaborative methodologies and with the goal of documenting and revitalizing their ancestral languages, her projects have been carried out alongside members of the speech communities she works in. Thanks to continuous training in the use of linguistic software and new technologies, several materials have been produced for purposes of education and dissemination of their culture.
Haboud has over 60 publications regarding linguistic policies, language contact, vitality and empowerment of indigenous languages, and decolonizing research methodology. Throughout her career, she has been granted by the Ford Foundation, The McNamara Foundation, the French Government, the Fulbright Commission. In 2016 she completed two postdoctoral fellowships in Spain and the United States. In 2019 she was acknowledged