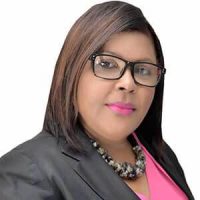 Attorney. Master’s degree in Land Law, specializing in Criminal Justice Administration and Bachelor’s degree in Law. She received an Honoris Causa Doctorate from the Private University of Ica, Peru. She is an Honorary Professor of the Latin American Institute of Law, Ecuador, Honorary member of the Veritas Institute of Procedural Law of the Dominican Republic and director of the School of Legal and Political Sciences from the Universidad Abierta Para Adultos, UAPA. She is an international lecturer and research professor. She has been judge of peace, as well as the third and fourth Judicial Chamber for Criminal Cases of the Judicial District of Santiago, D.R. She has published multiple didactic books and scientific articles on juridical matters.