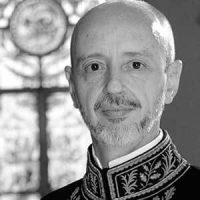 Career diplomat that served on four continents during more than thirty years. While at the Foreign Affairs Ministry, he has worked in the areas of International Security, Culture and Press. His diplomatic destinations were Bonn, Dusseldorf and Berlin. He specializes in external nuclear policy, foreign cultural policy and relations with German-speaking countries. He has published several books and completed postgraduate studies. He is a researcher in Political Science and International Relations, an editorialist in La Nación newspaper, and a member of the Argentine Political Club and the Argentine Academy of Ceremonial. A promoter of international cultural relations, he has created and hosted for years with his journalist wife, a social gathering hall, that gathers conspicuous local and international guests from the worlds of culture, diplomacy, politics and journalism. He is currently the Argentine ambassador in Budapest.