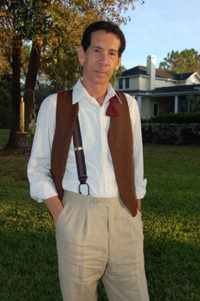 He has a degree in Art History from the University of Havana, Cuba. Journalism and Literature studies course in Madrid, Spain. He undertook independent studies in Cinematography in Rome. He received his Master’s in Hispanic Literature from the University of Washington, St. Louis, Missouri, and his Ph.D. in Latin American Studies and Caribbean Culture at the University of Bloomington, Indiana. Dr. Hidalgo has taught at the University of Ljubljana (Slovenia), University of South Carolina, Oberlin College, Middlebury College, and USF St. Petersburg. He has dedicated himself to cultural studies and the African Diaspora in Cuba. His articles and academic research have been published in Spain and the United States. In magazines such as: Monographic Review, Hopscotch, Cuadernos del Lazarillo, Encuentro de la cultura cubana, Negritud, Revista Caribe, in the Anthology Cultos Afroamericanos (Eunate Editions, Spain, 2016), Otro día, Revista Hispanoamericana de Cultura (online) and Afro-Hispanic Review. In 2007, Dr. William Luis invited him to publish the monograph on African Religions in the New World (Vol. 26. No. 1 Spring 2007). Subsequently, he prepared an anthology about José Lezama Lima (UNAULA Publishing Fund, 2016). He has published three books: Under the Rising Sun: Latinos in Japan, (Editorial Fridaura, Mexico, 2007), Choteo. Irreverence and humor in Cuban culture (Siglo del Hombre Editores, Bogotá, Colombia, 2012) and the legacy anthology of African cultures in the New World (Editorial UNAULA, Medellín, 2020). He is currently preparing a monograph on the Yorubá religion in Mexico. He is a member of the editorial board of the academic magazines Afro Hispanic Review, Vanderbilt University and the Cuban Academy of History.