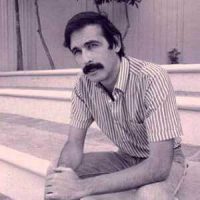 Dramaturge and Mexican theater director. He is considered one of the most important Mexican stage creators of the 20th century second half. He was an outstanding member of the New Mexican Dramaturgy. Liera is known for his characteristic works in which he ruthlessly criticizes Church and the State, for his original and novel dramaturgical structures, but above all for the deep love he had for his land and its people. The value of his work lies in having been the forerunner of a whole movement, a style of theater: the recovery of the patrimonial culture. Óscar Liera composed 36 plays.