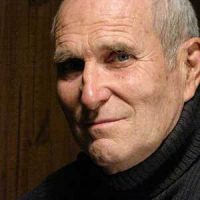 Born in Florencia in 1939. Philosophy Prefessor. He pursued most of his teaching career at Universidad Tecnológica Nacional (UTN). Although he is best known as essayist for his articles published in different media such as: Criterio, El Péndulo y Página/12. He is author of the classic The meaning of science fiction (El sentido de la ciencia ficción 1967), the first study in Spanish based on gender. The latest reprint was done in 2007. All his known biographies of the writers Philip K. Dick, J. G. Ballard and Cordwainer Smith and his study about the filmmaker Andréi Tarkovski are characterized by a philosophical approach rather than a literary one. La tecnarquía (1973) shows his philosophical thoughts. Based on his articles on science, history and culture he wrote the following books: Conspiracies (Conspiraciones, 2009), Aspirations (Aspiraciones, 2010) and Machinations (Maquinaciones 2011).