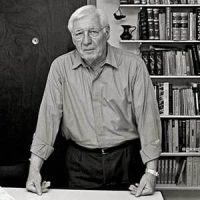 Born in Rafaela, Santa Fe, on May 5, 1935. Soon before turning 15, he decided to move to the City of Buenos Aires with the strong aim of conquering the big city. “Over the course of my 40-year career as a journalist I underline the fact that I was lucky enough to be part of the top newsrooms that colaborate to write magazibes such as "Primera Plana". In that publication he was a university chronicler and he participated in every daily university events. He was the only journalist who witnessed firsthand the bloody eviction of the university building perpetrated by the national guard, which was using their aggressive long canes for the first time precisely on that night. He is a tenured professor of Research at the TEA School of Journalism and it was there where he came with the idea of writing this book, with the priceless collaboration of journalists like Ariel Eidelman and Guido Lichtman.