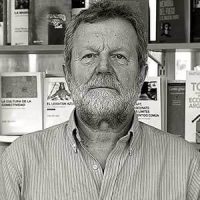 From Hungarian-Argentinean origin. He holds a PhD in Social Science from the Universidad de Buenos Aires (UBA); a Master’s degree in Sociology of Central and Eastern Europe from UNLZ and the Academy of Science of the Czech Republic; a superior diploma in Social Science from the Latin American School of Social Science (FLACSO); he is a professor of Philosophy (UBA). Tomás was an elected director of the Political Science course of studies (UBA) and director elected through academic competition of the National Defense master’s course, Argentine Ministry of Defense. He is a tenured professor of Social and Political Theory I and II, and subjects related to “communist” Europe in the Political Science program (UBA). He has authored many books, chapters and papers on political philosophy, United Nations peace operations and “actually existing socialisms”. And Caricaturas, afiches y humor político, among others.