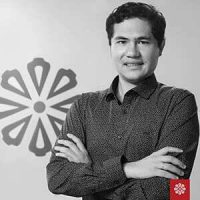 Vinicius Hsu Cleto: Bachelor’s degree in Law from the Federal University of Paraná (UFPR), Brazil; currently studying a Master’s program in Law at the International University Center (Uninter), Paraná, Brazil. He has also received a specialist certification in Advocacy Practice in the Contemporary Law, with emphasis in Public Law from Positivo University (UP), Paraná, Brazil, and in Public Prosecutor’s Office and the Democratic State of Law from the Fundação Escola Superior do Ministério Público do Paraná (Fempar) in association with the Autonomous University Center of Brazil (Unibrasil) in Paraná. He currently works as a lawyer in the cities of Curitiba and São José dos Pinhais, Paraná, Brazil, and is a Municipal Prosecutor in Itaperuçu, Paraná, Brazil.