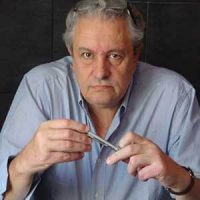 Specialist in themes like devepment of politic universities with a wide formation which includes two high qualifications in four post-graduate. Economist with maestries in many specializations. He is considered a “universital man” of Latinoamerica region. In Argentina, he is the CEO of Catholic University of Salta (UCASAL) and he coordinates the high doctor of Superior University. He is a researcher of the educational University of Business —Uruguay— and he was the director of the Observatory of Virtual Education. He was the director of the International UNESCO FOR THE Education Superior in Latin America and Caribe. Headmaster of the high National Studies in Ecuador.