A COMPACT HISTORY OF RUSSIA 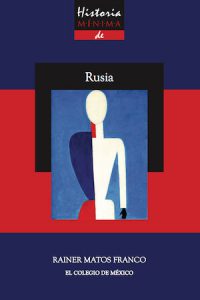 A COMPACT HISTORY OF RUSSIA

Russia is a source of fascination and attraction, yet this admiration is counterbalanced by repulsion and fear. What happened in Russian history to produce such powerful contrasts? To answer this question, this book traces a route through the country’s past; as an empire and then as the Soviet Union, Russia occupied a sixth of the world’s total land mass and today it is the world’s largest nation, a global superpower with one of the largest arsenals of nuclear weapons. To explain its importance we need to realize Russia is in fact, an amalgamation of a disparate range of peoples, beliefs and customs. In short, its history has been largely ignored and deserves to be told in the Spanish language.