A stronger reason. Men, the Universe and God from Aristotle's cosmos to the search for life in space 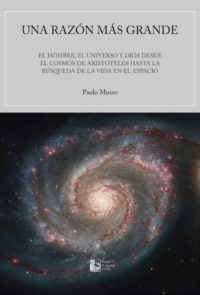 A stronger reason. Men, the Universe and God from Aristotle's cosmos to the search for life in space

The book has a much broader scope than it is generally understood by philosophy of science. A philosophical interpretation of some scientific discoveries is proposed, which usually belongs to the philosophy of nature. Furthermore, a more general judgment is made about modernity and its roots, which can be considered a typical approach to the history of philosophy and, in a way, also to the philosophy of history. Finally, an attempt is made to relate science to the religious theme, presenting correctly some historical facts that have originated many “black legends”, explaining how scientism has not been invented by scientists but by philosophers, and showing that science and faith are not only not incompatible, but also have common and well-known roots and, strengthening each other, making some considerations that could be called metaphysical or even theological.