Action for collective conscience. The defense of human rights and struggle for the configuration of justice in Colombia, 1970-1991 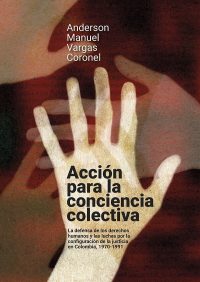 Action for collective conscience. The defense of human rights and struggle for the configuration of justice in Colombia, 1970-1991

Recently, the violence unleashed against social leaders and human rights defenders in Colombia has sounded the alarms about the existence of a systematic persecution against them. In this context, Action for collective conscience presents an analysis of the debates that have been sparked about the defense of human rights and how they have led to stigmatization practices against those who defend them. This book examines the situation from three analytical perspectives: the demands of the human rights movement, the actors who promoted these demands, and the repertoires of action used. To the effect, the study takes as starting point the decade of 1970s, a period in which the defense of life and a redefinition of what fair is occupied a central place in social mobilization as a platform to denounce the arbitrary actions committed by the State. The study period ends in 1991 when the disputes over human rights resulted in the inclusion of a catalog of rights and mechanisms for their protection in the Political Constitution, which meant a partial institutionalization of the demands of the movement.