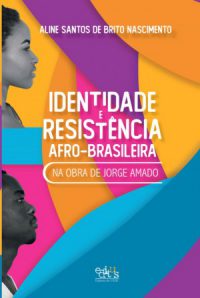 The Afro-Brazilian identity is taken as a motto to reread the novels Jubiabá, Gabriela, Clove and Cinnamon and Tent of Miracles, seeking to characterize the traits of tradition, translation, hybridism and resistance in this study, which is justified by analyzing the characteristics of the Afro-Brazilian ethnic groups as vectors awakening the common man to recognize the value of ethnic minorities. The work is divided into the following: “Translation and tradition and Marks of black identity in Jubiabá”; “Blackness, The Mulatto and eroticism in Gabriela, Clove and Cinnamon”; "Tent of Miracles: the black intellectual and black militancy against the racist elite." The analysis leads to the conclusion that respect for diverse cultural identities should be propagated through the dissemination of literature.