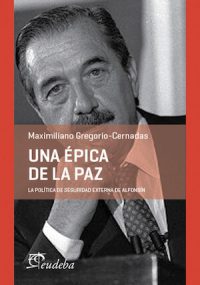 Like some other transcendent historical figures, Alfonsín grows over time. Demonstrations of popular affection during his funeral began that reappraisal, based on his ethical contribution as an upright politician, father of modern Argentine democracy and world defender of human rights. However, little is known about another of his international contributions: his strenuous efforts to make Argentina combine the remarkable technological advances prior to 1983 with a new and powerful commitment to peace, disarmament and global security. An epic peace fills this void with an exciting story, enriched with resources of a striking originality.