Armed Conflict in Peru. An International Law Perspective on the Period of Terrorism 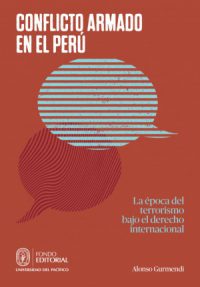 Armed Conflict in Peru. An International Law Perspective on the Period of Terrorism

This book explores one of the fiercest debates in modern Peru: Was the counter-subversive struggle against Sendero Luminoso an armed conflict? The goal of this publication is to give substance to the terms of this debate through a study of the period of terrorism from the perspective of International Humanitarian Law. Adopting this approach, the author concludes that there was indeed an armed conflict in Peru, but that its consequences are not those that have dominated the national imagination. This book demystifies the conflict, correcting the errors generated during almost twenty years of politicized national debate, focused more on the legacy of certain figures than on a rigorous understanding of what took place. Under what circumstances can it be said that an armed conflict exists? What qualifies Sendero Luminoso as a belligerent group? What is the relationship between terrorism and armed conflicts? The questions answered by this book promise to completely reframe the discussion regarding the period of terrorism, offering broader and better elements for discussion in the future.