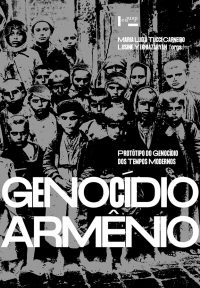 This book brings together the collaboration of specialists from Latin America, United States, Europe, Armenia and Turkey, discussing genocide and human rights. The genocide perpetrated by the Turkish-Ottoman government between 1915 and 1923 systematically exterminated over 1.5 million Armenians who lived as a minority in the eastern provinces of Anatolia. Defined as the “genesis of the modern genocide”, the Armenian massacre is analyzed here as the prototype for the execution of several other genocides that followed it and that still happen in this 21st century. The texts show the marks left on the Armenian people and the constant danger that this crime represents for people from different regions of the world.