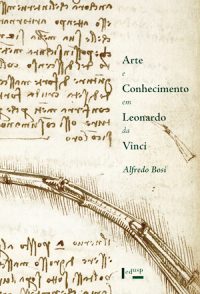 To Alfredo Bosi, the reconstitution of the image of Leonardo da Vinci is a difficult but essential task so that the links between the originality of his art and the audacity of his scientific thought can be discovered. In this essay, Bosi reflects on the creative process of the Florentine master by freely traversing his artistic and intellectual work and underlining his uniqueness which, according to Lorenzo Mammì, corresponds to the following thoughts: "the conception of nature as an organic whole in continuous transformation and, therefore, the interest in everything that is unstable […]; the search for a new relationship between experience, imagination and doing, according to which, once nature is known, it is re-created in thought and work; finally, a writing that privileges contrary to systematic deals, the punctual annotation, the aphorism, the proverb and the popular saying in which the instability of the world and destiny manifest themselves better ".