At the ear of time: Anthologie of Vicente Huidobro 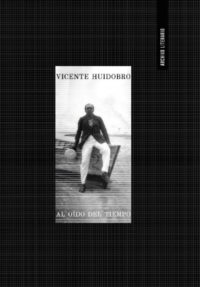 At the ear of time: Anthologie of Vicente Huidobro

When we talk about Vicente Huidobro, we recognize the role of the creator in essence, the one who is capable of proposing new imaginaries through language, who goes beyond established logic to establish his own logic. Bored of leaving that role to nature (in terms of the creative will), he begins to build the foundations of a scriptural fabric that is the projection of his anguishes and obsessions, where the association of words generates a new fact (a – bird – nests – in – the – rainbow), where the neologisms, the anaphora, the fragmentation – which announce the end of one era and perhaps the beginning of another, as stated in Altazor – propose a journey through unusual and unexpected routes . But all this creative adventure, all this cosmic flight, rests on a fundamental support: the deep knowledge that it has of tradition, because otherwise, on what parameters it could innovate, how would it know that what it is proposed, has already been done centuries ago . Huidobro is the door to other realities, the invisible oxygen of our poetry, as Octavio Paz described it. That is why it continues to be of the greatest interest among those attentive readers that these consumer societies have failed to violate.