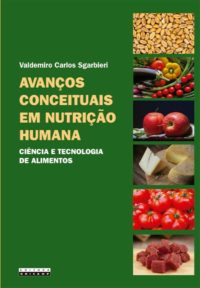 This book aims to describe the advances that have taken place in the areas of food technology and human nutrition during the 20th century to the present day. New paradigms and concepts were established from the second half of the last century, particularly in human nutrition, with discoveries in the foods of bioactive compounds, until then considered “non-nutrients”. The first chapter is a historical description of the main advances that have taken place and the importance of discoveries in the aforementioned period. In the following chapters, what is conventionally called bioactive compounds and functional nutrition is described and conceptualized. The last chapters deal with innovations in research, in which the concepts of functional diet, nutrigenomics and personalized nutrition are introduced. These concepts may lead the reader to the following question: Is an ideal diet an attainable challenge or a utopia? For researchers it seems to be more of an unattainable challenge, because it is about reaching a frontier that is constantly moving by evolutionary pressure.